Ramalinga Raju, the founder of Satyam who is in jail for massive corporate fraud, has been granted bail by the Supreme Court along with his brother, Rama. Former Chief Financial Officer Srinivas Vadlamani has also been granted bail. 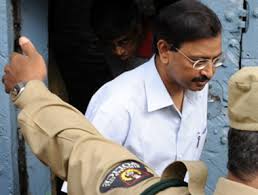 The court pointed out that Mr Raju has already spent 32 months in jail.

Mr Raju has been kept at the Chanchalguda Central Prison in Hyderabad.  The charges against him include criminal conspiracy, breach of trust, cheating and forgery.

Mr Raju was arrested for his role in the Satyam scam on January 9, 2009 – the outsourcing giant’s accounts had been doctored to show fictitious assets and capital.   The scam is estimated to be in the range of Rs. 14,000 crore.

He was granted bail by the Andhra Pradesh High Court last year, but the Supreme Court cancelled that, forcing Mr Raju’s return to prison in November last year.  At the time, the Supreme Court had said that Mr Raju would be eligible to apply again for bail if the trial in his case was not completed by the CBI by July 31, 2011.