Sonia Gandhi was operated upon yesterday and her surgeon has “indicated that the operation was successful.” She is at present in ICU, a Congress statement said on Friday morning. 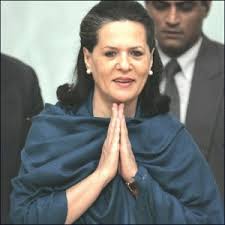 The statement did not indicate where the surgery was performed, but said the Congress president’s son Rahul Gandhi, daughter Priyanka and son-in-law Robert Vadra were with her. The Congress has also said that, “As this is a personal matter that pertains to her health and medical treatment, her family requests that her privacy be respected.”

The party has not indicated any other details of her health.

On Thursday, Congress spokesman Janardhan Dwivedi had told the media that, “Mrs Gandhi was recently diagnosed with a medical condition and upon the advice of her doctors, has travelled abroad for surgery.”
Mr Dwivedi said that Mrs Gandhi could be away for upto three weeks, and that a caretaker team has been appointed to “look after the affairs of the Congress party”. In a letter to her party, Mrs Gandhi has said the four members of this group are Defence Minister AK Antony, Mr Dwivedi, Mrs Gandhi’s son and party General Secretary Rahul, and her political adviser Ahmed Patel.

Rahul Gandhi is expected to return soon. The fact that he has been named in the caretaker group for the Congress is being read by many as a response to the recent expression within the party for Mr Gandhi to play a larger role. A few weeks ago, Prime Minister Manmohan Singh said that he would be happy to step down for Mr Gandhi, but that the party had not discussed this possibility.

Who’s been left out of the caretaker group is noteworthy and is likely to cause much angst and discussion within the Congress. Digvijaya Singh and Pranab Mukherjee, both known for their proximity to the Gandhis, have not been included.

Meanwhile, good wishes are pouring in for Mrs Gandhi from across the political spectrum.

“We realise how much we need her, and how much we miss her. We want her to be back as soon as possible,” said Congress leader and Information and Broadcasting Minister, Ambika Soni.

“I and my party wish her good luck. We want her to get well soon and come back,” BJP leader Sushma Swaraj said.

Sonia Gandhi has been away due to ill health before. In 2009, she was hospitalised and was away for more than three weeks but no caretaker team was set in place then. It seems to be different now.