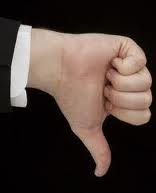 Despite hopes that industrial slowdown may have bottomed, the September index of industrial production (IIP) slipped to a negative 0.4%, disappointing the market that immediately slipped into the red. The street had been expecting a positive number of over 3% based on core sector growth . However, Capital goods played truant falling to a negative 12.5% from a negative 6% in the year-ago period. In real terms, the September IIP decline wiped out all gains made in the previous two months. Meanwhile, August IIP too was revised downwards from 2.7% (prov) from 2.3%.

The IIP measures the output at factories, mines and utilities have fallen far behind Asian rival China, which clocked a 9.2 percent industrial output annual growth rate in September and is expected to do even a bit better in October.

Speaking to CNBC-TV18, C Rangarajan, advisor to PMEAC  said the September IIP number it was a disappointing figure, particularly when the August industrial production rate showed a pick-up. He said the government had initially estimated FY13 GDP growth rate at over 6.5% and later scaled it down to 6%. “But now it can be in the region of 5.5%,” the advisor to the prime minister said, sounding cautious. He hoped inflation will decline December onwards.

There is a possibility that this month’s IIP number is an aberration and may look better in the coming months. But still there is little scope of a significant improvement in the months ahead. Looking at all parameters — auto numbers, export numbers, and core sector growth — it appears that the Reserve Bank has very little room to cut rates in its subsequent policy meets.