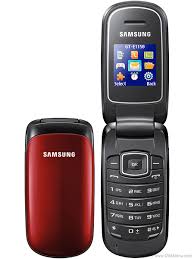 Samsung Electronics reported a 24 per cent fall in operating profits from a year ago in the second quarter, due to a strong Korean won and slowing sales of smartphones.

The South Korean electronics giant said in preliminary results that second quarter operating profit would be Krw7.2tn, versus estimates at Krw 8.1tn.

A year ago, operating profits were Krw 9.53tn in the second quarter.

The Korean won has appreciated more than 12 per cent from a year ago and repeatedly hit six year highs in the second quarter.

The earnings forecast is the result of the strong Korean currency throughout the second quarter as it appreciated against the dollar, euro and most emerging market currencies.

The company also witnessed a slowdown in the overall smartphone market growth and saw increased competition in the Chinese and some European markets. And this led to higher inventories for the medium- and low-end smartphones.

Full details on second quarter earnings, including net profit figures and a look at each division, will be released in August.

As for its outlook, Samsung said “the coming release of its new smartphone lineup” should help its third quarter, and it doesn’t expect any major marketing expenses.

Analysts at JPMorgan, who recommend investors “overweight” the stock, said last month that their own checks on inventories suggested weaker-than-expected shipments of smartphones and tablets.

As smartphone sizes get bigger, small-screen low-end tablet PCs are also seeing inventory pileups in the channel. As a result, [Samsung’s] tablet PC shipments are likely to decline another 30% in 2Q14, to less than 10M units.