Pakistani political leaders hold all-party talks on Thursday to address growing American demands on Islamabad to tackle Islamic militants and the possibility that the United States might take unilateral military steps in the country. 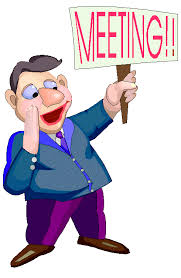 Support is growing in the U.S. Congress for expanding American military action in Pakistan beyond the drone strikes that already target militants in Pakistani territory, a senior Republican senator said.

Islamabad, which has received billions of dollars of U.S. aid despite its reluctance to go after the Haqqani network, faces the most intense pressure to tackle militancy since it joined the US “war on terror” a decade ago.

A similar U.S. operation against militant leaders in North Waziristan on the Afghan border, where American officials say the Haqqanis are based, would be another humiliation for the powerful military, which sets security and foreign policy.

Graham said in an interview with Reuters that U.S. lawmakers might support military options beyond drone strikes that have been going on for years inside Pakistani territory.

Those options may include using U.S. bomber planes within Pakistan. The South Carolina Republican said he did not advocate sending U.S. ground troops into Pakistan.

“I would say when it comes to defending American troops, you don’t want to limit yourself,” Graham said. “This is not a boots-on-the-ground engagement — I’m not talking about that, but we have a lot of assets beyond drones.”

Graham said U.S. lawmakers will think about stepping up the military pressure. “If people believe it’s gotten to the point that that is the only way really to protect our interests, I think there would be a lot of support,” he said.

Pakistan and the United States have been allies for decades. But their relationship is marred by mistrust. Pakistan, regarded as critical to U.S. efforts to stabilise Afghanistan, is often described as an unreliable partner.

Following U.S. accusations that some in the Pakistani government have aided anti-U.S. militants, Congress is re-evaluating its 2009 promise to triple non-military aid to Pakistan to a total of $7.5 billion over five years.

The non-military aid came on top of billions in security assistance Washington has provided since 2001, and is now rethinking as well.

Any unilateral U.S. military action would deepen anti-American sentiment which already runs high in Pakistan over drone strikes and other issues.