Washington, May 2 (IANS) The world’s most wanted terrorist, Osama bin Laden, has been killed in Pakistan, ending a 10-year manhunt that intensified with the traumatic Sep 11, 2001 terror attack on the World Trade Centre in New York and the Pentagon. 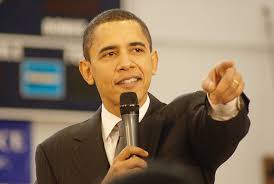 ‘Justice has been done,’ declared US President Barack Obama from the East Room of the White House describing how American military and CIA operatives finally cornered the Al Qaeda leader in Abbottabad, just 50 km northeast of Pakistan’s capital Islamabad.

‘For over two decades, bin Laden has been Al Qaeda’s leader and symbol,’ Obama said on television shortly before midnight Sunday as cheering crowds gathered outside the gates of the White House waving American flags and chanting ‘USA! USA!’.

‘The death of bin Laden marks the most significant achievement to date in our nation’s effort to defeat Al Qaeda. But his death does not mark the end of our effort,’ Obama said. ‘We must and we will remain vigilant at home and abroad.’ 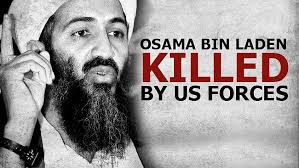 As Obama announced Sunday, a small team of US operatives launched a ‘targeted assault’ on a compound in Abbottabad, where months of painstaking intelligence work established that bin Laden was living.

Finally last week, Obama said he determined that intelligence was clear enough to authorise a secret operation in Pakistan.

Obama said: ‘They took care to avoid civilian casualties. After a firefight, they killed Osama bin Laden and took custody of his body.’

Bin Laden was shot in the head during the US raid, CNN said citing a Congressional source familiar with the operation.