In the Opposition line of fire over the price rise issue, Congress troubleshooter Finance Minister Pranab Mukherjee fielded the government’s response in Parliament on Thursday. 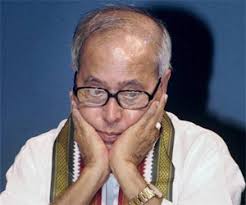 Pranab Mukherjee rejected the BJP’s advice that growth should be traded with inflation if necessary. The finance minister also urged the opposition to not score political points on inflation

“Inflation is basically the product of serious mismatch in between demand and supply. If I understand correctly, it does not mean we should not have growth. We should have growth but with moderate rate of inflation. We are trying to reach that objective,” he said.

The senior Congress leader came under a flurry of attacks when former finance minister Yashwant Sinha warned the government that the Opposition would be forced to tell it to “go, for God’s sake”, if it failed to check the price rise spiral at the earliest.

Sinha asked the government to check price rise and ensure that the issue is not raised in the Winter Session of the Parliament on Wednesday.

The Parliament will vote on a resolution on price rise once the debate concludes.