Delhi Police on Monday rejected permission for Anna Hazare’s indefinite fast here as his team refused to give an undertaking that the Gandhian would end it by Thursday and restrict the number of protestors to 5,000, setting the stage for a showdown between the two parties. The Hazare team said the Gandhian and his supporters would court arrest tomorrow at Jai Prakash Narain Park near Ferozeshah Kotla stadium in New Delhi after paying tributes to Mahatma Gandhi at Rajghat. 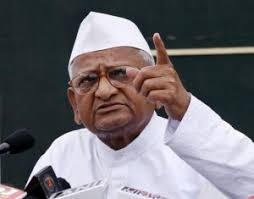 The police move to reject the application came soon after the Hazare team submitted an undertaking leaving six out of the 22 conditions laid out by Delhi Police for granting permission for the fast at the park.

It also came on a day when Prime Minister Manmohan Singh used his Independence Day speech to question Hazare’s proposed fast on lokpal bill and asserted that those who are opposed to the bill should not resort to fasts-unto-death.

Delhi Police sources said they have rejected permission for Hazare as the organisers failed to give a “full and proper” undertaking on 22 conditions laid out by it.

The Hazare team said they have given an undertaking accepting 16 conditions. “We have not accepted six conditions as they are unconstitutional,” a Hazare team spokesperson said.

The conditions that were not accepted by the Hazare team were capping the day of protest to three and the number of protestors to below 5,000, government doctors to check on Hazare, ban on use of loudspeakers after 9 pm, limiting the number of vehicles to 50 cars and 50 motorcycles in parking and that no tent be erected.

A senior police official said they had been “very accomodating” and had gone out of the way to help them. He said they would be forced to take action against Hazare team if they forcibly enter the park tomorrow.

Delhi Police had offered Jai Prakash Narain Park last week as a venue but had laid out 22 conditions for giving permission for Hazare to sit on protest.

Asked about the next course of action, a Hazare team spokesperson said, “Hazare will first go to Rajghat and then will proceed towards JP Park. If police allows us to stage fast, then we will hold the protest there. Otherwise, we will court arrest.” 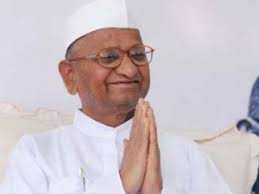 Activist Arvind Kejriwal alleged they were forced to take permission from corrupt people.

“The conditions set by police were at the behest of politicians. Artificial restrictions were imposed on us. We won’t agree to such unconstitutional methods,” he said.

Taking on the Prime Minister, the Gandhian’s team called him an “insensitive” person who is asking people to fall in line on the issue.

Kiran Bedi, a Hazare Team member, claimed people have no trust left in the UPA government which was elected two years back as it had squandered an opportunity to make history by enacting a strong anti-corruption ombdusman.

“He speaks like a final arbiter. He says you cannot protest. This is a direct imposition of a bill on people against their will. The Prime Minister is imposing a bill on the country and saying protest fast is wrong. The PM is asking people to fall in line,” Bedi said.

“He is insensitive to people’s perception. Surveys after surveys and referendums after referendums showed that people rejected the government’s lokpal bill. He is not taking this into account,” she alleged.