In what comes as some relief for former telecom minister Dayanidhi Maran, the CBI on Thursday told the Supreme Court that no element of coercion was found in sale of Aircel. The CBI, told this to the Supreme Court, in the status report filed today in the 2G spectrum allocation scam. 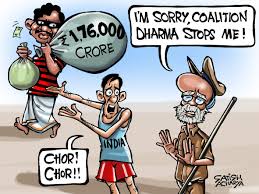 The CBI said that it has so far found no evidence that Dayanidhi Maran misused his office to ensure that Aircel was sold by its owner to an entrepreneur who was close to Mr Maran and his brother, Kalanidhi.

Earlier, Maran had to resign as Union textiles minister in July after C Sivasankaran, who owned Aircel in 2006, complained against him and the CBI began investigating tha matter.

Sivasankaran has said that Maran refused to sanction him licenses critical for expanding his business, which forced him to sell his company.

During the last hearing on August 24, the CBI had informed the court that it has completed its probe in the multi-crore scam in which chargesheet has been filed by it against 17 persons including former telecom minister A Raja and DMK MP Kanimozi. It had said that a third charge sheet would be filed by September 15.

The court has been monitoring the probe on a plea of an NGO, Centre for Public Interest Litigation, and Janata Party President Subramanian Swamy on whose petition it had directed the CBI probe the scam.

In the last status report filed on July 6, the CBI had informed the court that it is also probing the role of ex-union textile minister Dayanidhi Maran in alleged forcing of the promoter of a Chennai-based telecom company Aircel to sell his shares to a Malaysian firm in lieu of illegal gratification to him in 2006.

Maran, however, had denied all such allegations. The Enforcement Directorate had also informed that proceedings for attachment of properties have begun against persons and companies already chargesheeted by the CBI.