The Union Cabinet will meet on Tuesday evening to decide on the Food Security Bill, Sonia Gandhi’s flagship programme. While the Lokpal Bill won’t be coming up for discussion but keeping Team Anna’s demands on agenda the Cabinet will also take decisions on the Judicial Accountability and Citizens Grievance Redressal Bills on Tuesday. 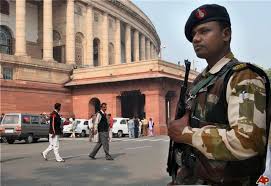 Under pressure from Team Anna over the Lokpal Bill, the government is clearly arming itself with a number of bills before it meets its allies on Tuesday and the all-party meet on Wednesday to discuss the Lokpal Bill.

The Union Cabinet will take up several crucial bills such as Grievance Redressal Bill along with the important Judicial Accountability Bill.

It has been the demand of Team Anna to bring the judiciary under the ambit of the Lokpal. The government had made it clear that they want to hold the judges accountable for their conduct and even the Opposition is on board with this decision.

The Parliamentary panel examining a bill on judicial accountability is understood to have recommended that judges should ‘restrain’ themselves from making ‘unwarranted comments’ against other constitutional bodies. It had also proposed to make it compulsory for the judges to declare their assets and the setting up of a national judicial oversight committee, which will look into the misbehaviour of judges.