The Central Bureau of Investigation (CBI) is all set to file a supplementary chargesheet in the 2G spectrum scam today. The chargesheet comes nearly three weeks after the first one which named former Telecom Minister A Raja, top telecom honchos and bureaucrats. 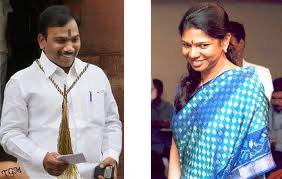 Sources in the CBI say that M Karunanidhi’s daughter, Kanimozhi, and his wife, Dayaluammal, will both be accused of benefiting from the scam.  The chargesheet will focus on the Rs. 214 crore transaction involving the DMK family owned Kalignar TV and the alleged payoff routed to a subsidiary of Swan Telecom which is among the firms chargesheeted in the scam