Arguing strongly for bail, the counsel of 2G spectrum accused and DMK MP Kanimozhi on Monday told the court that the investigation is over and charges have been framed, so no question of tampering with evidence is there now and custody of the accused is no longer required. 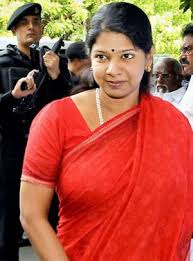 The counsel Altaf Ahmad also said that the court can impose heavy conditions if it wants for granting bail and can ask that the accused be available whenever asked to appear.

The CBI will reply to the arguments after 2 pm as the post-lunch hearing resumes.

Kanimozhi has been charged for accepting bribes, criminal conspiracy to cheat the exchequer and criminal breach of trust and has been behind bars since May 2011.

Kanimozhi’s father and DMK chief M Karunanidhi is said to be desperate to bail her out before Diwali. He even reached out to UPA Chairperson Sonia Gandhi and the Prime Minister on Saturday, but the DMK played down the visit.

It was the first time Karunanidhi met Sonia Gandhi after Kanimozhhi’s arrest and his wife and Kanimozhi’s mother Rajathiammal was present along with him at the meeting. Later on Saturday evening, Karunanidhi also paid a visit to the Prime Minister. The timing of the meetings has led to speculation that the DMK chief is desperately trying to get the Congress’ help in fighting the 2G case.

It’s getting bail for Kanimozhi that is the key focus of the DMK. That was Karunanidhi’s biggest worry as he went to meet his daughter in Tihar jail after the court order allowing charges of criminal breach of trust to be filed against all the accused.