All bail applications, including DMK leader Kanimozhi and seven others, in the 2G scam case have been dismissed on Thursday and the trial will begin from November 11. 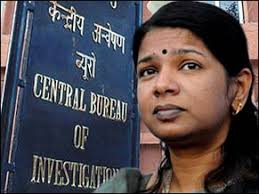 The Patiala House Court on Thursday dismissed all the bail pleas.

Kanimozhi has been charged for accepting bribes, criminal conspiracy to cheat the exchequer and criminal breach of trust and has been in Tihar Jail since May 2011.

CBI sources said that they had a feeling the bail pleas will be rejected and that CBI judge OP Saini will leave the judgement to the Supreme Court.