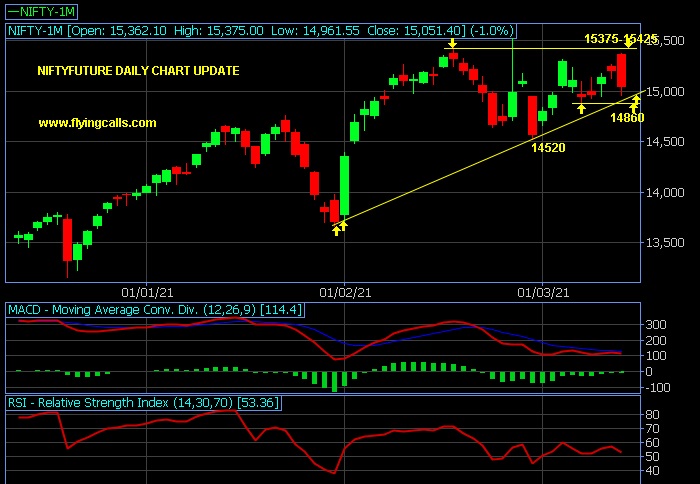 Industrial production came by 1.6% in January. Meanwhile, retail inflation rose to a 3 month high pf 5.03% in February Vs 4% on Jan

WPI inflation, WPI Food, WPI Fuel and WPI Manufacturing report will be out around 12 pm today

Asian markets were set to higher opening on March 15

On Friday, NiftyFuture was erased opening gain and lost more than 150 points

NF was formed a big bearish candle on daily chart and a Doji pattern formation on a weekly chart. However, Nifty has closed above 15000 mark