PATNI Computer Rocked after my alert

Till time we are not provide Nifty calls to my clients.

Close eye on 274 once if break

Once if break the level……..

TTKHEALTH we given buy call @ 434 after broken the level…..

How is our Hot Calls.

After broken the level low marked 4788.

After spending over six months in Tihar jail DMK MP Kanimozhi is set to walk free along with four other accused in the 2G scam on Tuesday. The Delhi High Court granted bail on Monday to five accused while directing them to furnish two sureties of Rs 5 lakh each and ordering them that they cannot leave the country. 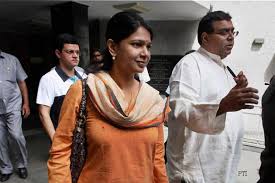 Other than Kanimozhi the other accused who have been granted bail include Cineyug founder Karim Morani, Kalaignar TV’s MD Sharath Kumar, Kusegaon directors Asif Balwa and Rajeev Agarwal.

The DMK celebrated the release of Karnanidhi’s daughter on the streets of Chennai and in the court premises. Karnanidhi who travelled to Delhi to see her jailed daughter said he and his wife Rajathi Ammal were happy.

“The court formalities have to be completed. I don’t know when she will arrive in Chennai,” DMK chief Karunanidhi said.

Former telecom secretary Siddharth Behura has not been granted bail as his application was opposed by the CBI.

The accused had approached the High Court after the Supreme Court granted bail to five corporate executives on November 23.

The CBI had not opposed the bail applications conceded bail of Kanimozhi and Morani in the trial court.

Kanimozhi has been in judicial custody in the 2G scam since May 20.

FLEXITUFF Rocked after my buying alerts

JUBLFOOD morning also we updated my site @ above 788