My positional call clients having Long in HEROHONDA…………..

Yesterday unexpected moved Nifty fut…… Its not bull back. Nifty fut bullish above 5200 level only………

Finance Minister Pranab Mukherjee today said adverse global economic developments, including the fallout of downgrade of US sovereign rating, present new opportunities to India, and the country could become a source of stability for the world economy.

Against the backdrop of overall investor sentiment being hurt by global economic uncertainties, Mukherjee said India could also emerge as a safe haven for global capital inflows.

He was speaking at a function to mark the Golden Jubilee Celebrations of Indian Economic Service (IES) here.

“If India can continue to grow and acquire economic strength, we could be a source of stability for the world economy and provide safe havens for restless global capital,” he said.

The recent events such as Standard & Poor’s downgrade of the US credit rating as well as debt crisis in Europe, have severely dented global markets.

Even though these recent developments are a cause of concern for India, Mukherjee said “at the same time… these shocks are markers of shifting balance in the global economy, presenting new opportunities for us”.

“We have to be alert to shape real-time policy responses, reform systems, improve the regulatory framework of our institutions and make the most of the opportunities coming our way,” he said.

India’s robust performance in difficult times shows that it could actually come out stronger from any international financial crisis, he said.

With the country earning a place on the “high table” of global policy making, Mukherjee said today India has global responsibilities of a kind that it did not have 15 years ago.

“This places huge new responsibilities on our shoulders,” he added.

The minister also said with a greater role now played by market forces, there is a need to re-design incentive structures for development and regulation of markets and for improving the quality of governance.

He said there is a significant scaling-up of development efforts in social sectors and higher transfer of resources to the states.

Besides, he said, there is a move towards fuller integration of the economy with the proposed implementation of a uniform GST across the country.

To this effect, he said, there is an urgent need to spread the process of economic reforms from the Centre to the states and sub-states levels for harmonising economic policies at different levels.

This also required improving the efficiency of public expenditure and raising the accountability in delivery of services by the Centre and the state governments.

Mukherjee also launched a website of the Indian Economic Service and a logo of the Service.

Tamil Nadu chief minister J Jayalalithaa said on Monday that she does not have the power to commute the death sentence of the three people who are to be hanged on September 9 for their roles in the assassination of former prime minister Rajiv Gandhi.

“As chief minister, I don’t have the powers to commute the death sentence after the president has rejected the mercy plea of the three people – Santhan, Murugan and G Perarivalan alias Arivu,” said Jayalalithaa in a statement to the state assembly.

The mercy petitions of the three convicts were rejected by President Pratibha Patil earlier this month will be hanged on September 9, even as pro-Tamil groups have mounted a last-ditch campaign to save them.

The Vellore prison authorities have begun preparations to carry out the capital punishment for killing the former prime minister in 1991. 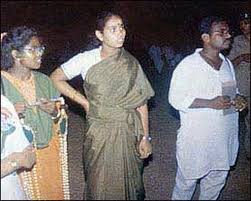 The trio has been informed of the presidential order rejecting their clemency petitions and the date of the execution.

CANARA BANK now strong support at 401 once if break Free Fall will come……….

Sell once if break the level………

Once if break support level again Free Fall will come………

Anti-corruption crusader Anna Hazare broke his fast on the 13th day at the Ramlila Maidan in Delhi as huge crowds witnessed and celebrated the victory of people’s power. Anna ended his fast after Parliament adopted the Sense of the House resolution on his three key points on Saturday.

A five-year old girl and a boy offered coconut water and honey to Anna.

Anna will now go directly to Medanta Medicity hospital and skip his visit to Rajghat due to health concerns. He will be admitted to the hospital for two to three days. Dr Naresh Trehan had said on Saturday that Anna’s blood pressure was low and he had also lost weight.

In the end it was a win-win situation for both sides. After a nine-hour long debate in Parliament on Saturday, the government stuck to its stand and did not go for a voice vote. The resolution on Lokpal was passed by a thumping of desk unanimously, but the real test begins with the government having promised to pass the Lokpal Bill soon.

Even as Anna broke his fast, he made it clear that the fight will continue as the battle is only half won.

Celebrations broke out across the nations as Anna broke his fast. There were festivities at Anna’s village Ralegaon Siddhi as people there distributed sweets and decorated their houses.

Prime Minister Manmohan Singh today hoped that the impasse over the Lokpal issue would end soon. 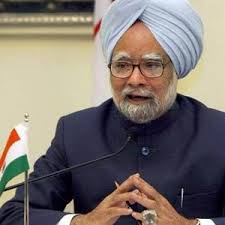 “I hope so,” was the reply of Singh when asked if the present deadlock over the Lokpal issue would end today.

Ahead of the debate on the issue in Parliament, the Prime Minister said he hoped to write to Hazare again.

Hazare had yesterday shot off a letter to the Prime Minister, saying he would break his fast if Parliament agrees to his three key demands but will continue his protest till the legislation is passed.

On the possibility of the resolution being passed in Parliament today, Singh said, “It was up to Parliament.”

President Barack Obama today declared emergency in three States of New York, Virginia and Massachusetts which empowered federal agencies to take all steps required to protect people and properties, as hurricane Irene with a sustained wind speed of 100 miles per hour gushed toward the eastern shores of the United States. 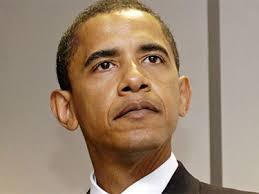 While Obama declared emergency in New York early in the day, the US President signed off on the emergency declaration for the States of Virginia and Massachusetts around midnight soon after he arrived at the White House, a day early from his summer vacation.

Obama’s action authorizes the Department of Homeland Security, Federal Emergency Management Agency, to coordinate all disaster relief efforts which have the purpose of alleviating the hardship and suffering caused by the emergency on the local population, and to provide appropriate assistance for required emergency measures, to save lives and to protect property and public health and safety, and to lessen or avert the threat of a catastrophe in these three States.

Federal storm-surge maps showed the potential for four-to 10-foot surges across a massive swath of the eastern United States, with potentially disastrous impacts in eastern North Carolina, the Tidewater area of Virginia, as well as the Potomac River that runs through Washington.

It was expected to hit Virginia, Maryland and Washington on Saturday night.
Meanwhile, tens and thousands of people across the east coast were evacuated from the low-lying areas.

“The storm was on a track that experts have feared for decades as they watched the rapid expansion of coastal resorts and housing developments in the lowlands behind them. They have worried that a storm tracking along the shore line, renewing its force over the warm Atlantic and then ripping with each rotation like a circular saw into coastal areas, could produce unprecedented devastation,” The Washington Post said.

“It looks like the track of Irene is going to have a major impact along the East Coast starting in the Carolinas all the way up through Maine,” said Craig Fugate, director of the Federal Emergency Management Agency.

“Residents and businesses along the East Coast should be taking steps now to prepare for severe weather, and following the instruction of their local officials, including any evacuation orders,” Fugate said.

“Those in the path of the storm should make sure that you are also taking necessary and commonsense precautions such as having an emergency plan, such as having some emergency supplies, some food, some water, a flashlight with batteries in case we lose power. We do anticipate a significant amount of power outage with this particular storm,” said Janet Napolitano Secretary for Homeland Security.