My clients are Enjoyed…………. With us 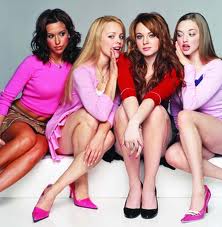 Today Nifty Fut facing resistance at 5640 level if trade above and volume can test 5680 level……….

Are you enjoyed in LIC

HEROHONDAAAA………….. once if break the level heavy Short Covering will expect !!!!! Which level will cross ?????? Join us 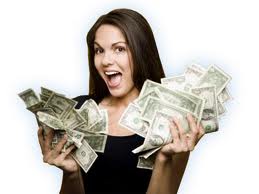 Ruling out any rollback of the recent hike in prices of petroleum goods, Finance Minister Pranab Mukherjee today said the decision to cut duties would not impact the fiscal deficit of the Indian government.

“No. No question of revoking,” he told PTI when asked whether there was any possibility of a part withdrawal of the hike in prices of diesel, cooking gas and kerosene announced by the government recently.

The Finance Minister was here to participate at the ‘US-India Economic and Financial Partnership’ jointly organised by the Confederation of Indian Industry (CII) and Brookings Institute, a Washington-based think-tank.

In view of the spiraling prices of crude oil in the international market, the Indian government had increased the price of diesel by Rs 3 per litre, cooking gas (LNG) by Rs 50 per cylinder and kerosene by Rs 2 per litre.

The government had also reduced excise and customs duties on crude oil and other goods, sacrificing annual revenue of Rs 49,000 crore.

The hike in prices of petroleum goods led to protests in several parts of the country and many state governments announced the withdrawal of value added tax (VAT) on petroleum products to lessen the impact of the hike on the common man.

Referring to the impact of the duty reduction on the fiscal deficit of the central government, Mukherjee said the shortfall would be made good by buoyancy in tax collection and improved compliance.

“I do not think so because this was the conscious decision… about Rs 49,000 crore will be the shortfall in the duty. I think it would be possible for us to make it up through buoyancy and by better compliance,” he said when asked
about the impact of the duty cut on government finances.

Mukherjee has already written to state Chief Ministers to look at the possibility of reducing the sales tax on petroleum products to reduce the impact of the price hike on the common man.

The International Criminal Court issued an arrest warrant on Monday for Libyan leader Muammar Gaddafi, and rebels trying to oust him said their forces had advanced to within 80 km (50 miles) of the capital.

The Hague-based court approved warrants for Gaddafi, his son Saif al-Islam and Libyan intelligence chief Abdullah al-Senussi on charges of crimes against humanity. ICC prosecutors allege they were involved in the killing of civilian protesters who rose up in February against Gaddafi’s 41-year rule.

“To prevent them covering up ongoing crimes and committing new crimes, they should be arrested. This is the only way to protect civilians in Libya,” said ICC prosecutor Luis Moreno-Ocampo, who had sought the arrest warrants.

Reading out the warrant at the court in The Hague, presiding judge Sanji Mmasenono Monageng said Saif al-Islam Gaddafi was accused of having “conceived and orchestrated a plan to deter and quell by all means the civilian demonstrations”. Senussi was accused of using his position to have attacks carried out.

However the warrant is unlikely to lead to Gaddafi’s arrest as long he remains in power and inside Libya, because the court does not have the power to enforce its warrants.

“Libya … does not accept the decisions of the ICC which is a tool of the Western world to prosecute leaders in the Third World,” Justice Minister Mohammed al-Qamoodi said.

“The leader of the revolution and his son do not hold any official position in the Libyan government and therefore they have no connection to the claims of the ICC against them,” Qamoodi told a Tripoli news conference.

Gaddafi’s government says he holds no formal post despite ruling for 41 years. The administration has denied targeting civilians, saying it has taken justified military action against armed criminal gangs and al Qaeda militants.

Celebrations erupted in the rebel-held city of Benghazi, in eastern Libya, after the ICC’s decision. Insurgent officials said the move meant negotiations with Gaddafi were impossible.

“After this warrant, it is all irrelevant. We cannot negotiate with war criminals,” Jalal al-Galal, spokesman of the rebel National Transitional Council (NTC) told Reuters.

The move also was welcomed by NATO and alliance members.

In a separate blow to the Gaddafi family, Western diplomats said a U.N. Security Council sanctions committee had banned Gaddafi’s wife from traveling outside Libya.

Although Gaddafi and other members of his family have been on a U.N. blacklist since February, Russia had blocked the inclusion of Gaddafi’s wife Safia on the list of individuals facing a travel ban and asset freeze until last week.