Foul cries by businesses and college students aside, TRAI’s initiative to check pesky calls and text messages has dealt a cruel blow to the hearing impaired, who feel the SMS cap would rob them of a handy way of communication. 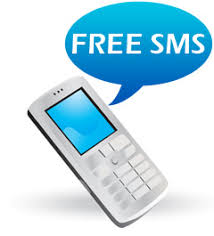 SMS has been a great boon to the hearing impaired and the Telecom Regulatory Authority’s latest decision to limit it the service to 100 pages per day has not gone down well with them.

TRAI’s decision also comes in the way of communication between hearing impaired students, who live and study away from homes, and their families.

While there have been demands to exclude the hearing impaired from the rule, Sarkar does not agree with it. “It seems to be stupid and unnecessary. I’m not saying that only hearing impaired people should be excluded from the rule. If my friends can’t text more than 100 SMSes, what is the point of me having beyond 100 messages?” she wonders.

“What if there is an emergency and you have exhausted the 100 SMS limit. You should understand our problems too,” says the hearing impaired student.

“It is a tight restriction for the deaf. This move has seriously affected my friends who are living away from home for studies. They can’t make calls to their homes unlike other students,” says post-graduate student Kevin J (name changed) of Kottayam in Kerala.

“TRAI can change the rule to 100 SMSes to different numbers per day. This would restrict only telemarketers and not normal users, since they usually send messages to the same number while chatting,” Kevin said.

The TRAI decision has not only sent a disturbing wave among such students, but also teachers who handle hearing impaired students.

“All impaired students communicate with each other only by text messages. Even small information such as homework details have to be passed over by messages. Since they can’t make phone calls, they depend heavily on SMS and easily send more than 100 messages per day,” says Meera Suresh, honorary Vice President of Bala Vidyalaya – The School for Young Deaf Children and Institute for Teacher Training.

Suresh contends the move should be altered if not revoked at least for the benefit of these students who can’t make use of phone calls.

Interestingly, there are some like Anuja Varkey who support TRAI’s restriction despite being a hearing impaired person.

“Yes. Honestly speaking, I’m glad TRAI has come up with the restriction, as I look at the health side of it and the mobile phone takes away our attention from our families. So, overall I’m glad,” said Anuja, who hails from Kottayam.

But she does acknowledge the difficulty hearing impaired persons are facing since the TRAI rule came into effect.

TRAI’s direction to service providers that they shall not permit sending of more than 100 SMSes per day came into effect from September 27.