Sonia Gandhi, the head of Congress party, returned to New Delhi early on Thursday, a spokesman said, after receiving surgery in the United States for an undisclosed illness. 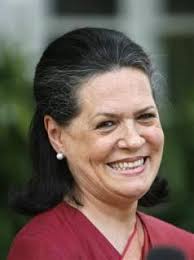 The absence for a month of the 64-year-old, India’s most powerful politician who runs the country behind the scenes, has caused serious problems for the coalition government, accused of mishandling the biggest protests in decades and worsening ties with parliamentary allies.

“She came back this morning and she is fine,” Congress spokesman Janadhan Dwivedi told