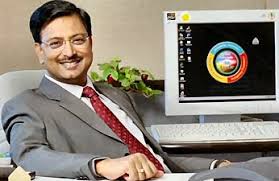 The Securities and Exchange Board of India Tuesday slapped a penalty of Rs 1849 crore on Satyam Computer Services founders Raju brothers—Ramalingam and Rama—and three former senior executives, for the accounting fraud that eventually led the company being sold to Tech Mahindra.

The penalty is equal to the unlawful gains that that the five people made through sale of Satyam shares, before the news of the fraud became public. They will also have to fork out another Rs 1220 crore by way of interest charges at 12 percent per annum from January 7, 2009; the day when the Satyam chairman B Ramalinga Raju confessed to inflating the company’s earnings.

The development triggered a collapse in Satyam shares and sent shockwaves through corporate India and the stock market. In addition, all five have been charged with insider trading and barred from the securities market for 14 years.

They will have to pa 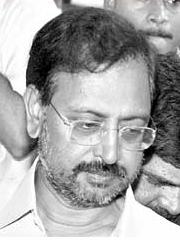 y the penalty along with interest to Sebi in the next 45 days. The three former Satyam executives who have been penalized are Vadlamani Srinivas (ex-CFO), G Ramakrishna (ex-VP Finance) and VS Prabhakara Gupta (ex-head, Internal Audit). The Sebi probe has found that the Raju brothers together made over Rs 1800 crore through sale and pledging of shares. Vadlamani Srinivas made Rs 29.5 crore, G Ramakrishna Rs 11.5 crore and Gupta, Rs 5.12 crore, the Sebi order said. “The actual financial results remained within knowledge and possession of the noticees but the false and misleading financial results were published,” the Sebi order said.

“The noticees, being in possession of the unpublished price sensitive information, sold and pledged (in the garb of loan transaction) the shares of Satyam Computer. They took advantage of the high valuation which had been given to Satyam Computers by the market as the same was not aware of the true financial position of the company,” the Sebi order said. On January 7, when Ramalingam Raju, the former chairman of Satyam, confessed to Sebi that he had been inflating the company’s profits for the last many years, the stock crashed from Rs 180 to Rs 30.