Yoga guru Baba Ramdev on Sunday broke his fast after spiritual leader Sri Sri Ravishankar met him in the hospital. 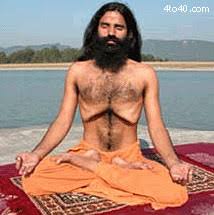 The doctors in a medical bulletin said that Ramdev will be in hospital for two more days and will be discharged after that.

Janata Party President Subramanian Swamy who was present in the hospital when Ramdev broke his fast, lashed out at Sonia Gandhi saying, “Sonia Gandhi and her son are sitting in Switzerland at this time.”

He also said that the fight against corruption will not end.

Ramdev’s close aide Balkrishna said, “Baba Ramdev has ended his fast but the satyaghraha against corruption and black money is on.”

The BJP welcomed Ramdev’s decision to end his fast. Welcoming the decision, BJP spokesperson Rajiv Pratap Rudy held the Congress responsible for the aggravated situation in the country. he said, “The Congress is trying to portray those who are fighting against corruption as enemies of the nation.” 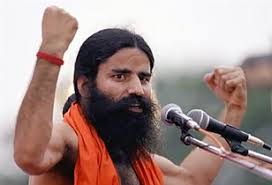 Parkash Singh Badal extended his support to Ramdev and said he is with the yoga guru in his fight.

Doctors attending to him on Sunday said that his condition was stable and his vital signs are all normal. They advised Ramdev to end his fast.

“Sri Sri Ravishankar said he was going to Haridwar anyway and would meet Ramdev. He asked me and I said go ahead. He is very concerned about welfare of country and the running of the government. So he has gone to meet Ramdev,” said Moily.

Moily said that Sri Sri Ravishankar had volunteered to convince Ramdev to stop the hunger strike.