Prime Minister Manmohan Singh will carry out a low-key Cabinet reshuffle on Tuesday evening in what is seen as an image makeover exercise by the Congress-led United Progressive Alliance (UPA) Government. 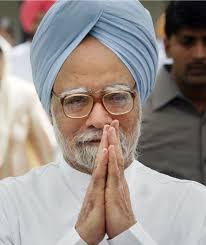 With the Government and the Prime Minister facing the flak for several scams surfacing since the May 2009 General Elections, the reshuffle is likely to see performing ministers getting a promotion while some poor performers will be weeded out.

Poll-bound states like Uttar Pradesh and Punjab will also get more representation in the Cabinet. Singh met Congress President Sonia Gandhi on Monday to give final touches to the exercise.

The top four ministries – Home, Finance, Defence and External Affairs – will not be touched in the reshuffle while some ministers are likely to be promoted.

Trinamool Congress Lok Sabha MP from Kolkata Uttar Sudip Bandyopadhyay will be made a Minister of State while Kapil Sibal and Vilasrao Deshmukh are likely to lose one portfolio each.

However, no member of the Dravida Munnettra Kazhagam (DMK) is is to sworn in a a minister. Hit hard by the 2G spectrum scam, the DMK had seen two of its MPs – A Raja and Dayanidhi Maran – being forced to resign from the Union Cabinet following allegations of their involvement in the multi-crore scam.

While Raja stepped down as the telecom minister and has been arrested by the Central Bureau of Investigation (CBI) in the 2G spectrum cam; Maran had to resign as the textiles minister.