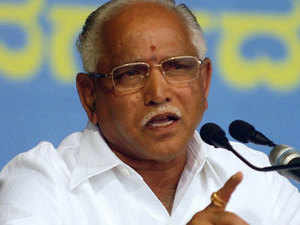 He accused local politicians in Karnataka, including the state’s chief minister B.S. Yeddyurappa, of causing the losses from 2006 to 2010 via the illicit mining of iron ore, much of which is thought to have been shipped to China.

“An amount of Rs 16,085 crore has been lost to the exchequer between 2006 and 2010 due to the illegalities and irregularities linked to the grant of licences and the export of iron ore,” the judge said in state capital Bangalore.

“In the illegal mining and irregularities committed in the export of iron ore, we have found the involvement of some 100 mining companies, about 600 officials, powerful politicians including the chief minister.”

Themining scam is the latest in a series of scandals to break in India, which is still reeling from the bungled sale of telecom licences in 2008 which is estimated to have cost the country up to $40 billion.

The national telecom minister and 14 others including company executives and bureaucrats are currently on trial facing charges of manipulating the process to favour certain companies in exchange for kickbacks.

Media reports have suggested that the ombudsman’s explosive findings could trigger a collapse of theKarnataka government, which is led by the main national oppositionBharatiya Janata Party (BJP).

The allegations contained in the report are seen as undermining theBJP, which has been leading the anti-graft campaign nationally against the Congress-led government of Prime MinisterManmohan Singh.

Karnataka, which accounts for a quarter of the country’s iron ore exports, banned shipments in July 2010 to curb illegal mining.

Yeddyurappa said before the report was released he would consult cabinet colleagues and legal experts once he saw its contents.

Hegde had earlier said that was “an element of criminality on the part of the chief minister as he heads the mining department and is responsible for all acts of omission and commission in it,” according to the media.