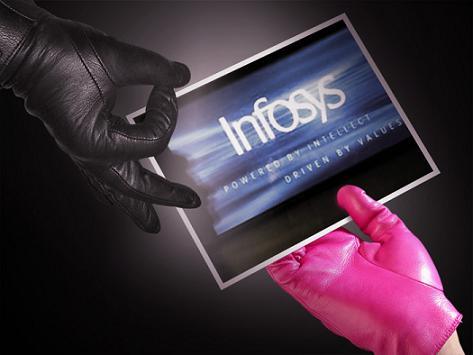 Former  Infosys  top executives T V Mohandas Pai, V Balakrishnan and D N Prahlad have asked the country’s second largest software services firm to buy back shares worth Rs 11,200 crore, saying it will help check the “asymmetry of information” between management and investors. In a letter to Infosys Board, the three former executives said there is a need “to announce a large and consistent buyback programme to show confidence in the management and the business model”.

While both Pai and Balakrishnan have served as Chief Financial Officers at Infosys in the past, Prahlad was a Senior Vice President at the Bangalore-based firm. It could not be immediately ascertained whether the three former executives continue to hold stakes in Infosys.

“Infosys should immediately buy back its shares to the tune of Rs 11,200 crore (which is roughly 40 percent of the existing cash and cash equivalents),” the letter said. When contacted Balakrishnan confirmed writing the letter, but refused to disclose the contents. Pai declined to comment while Prahlad could not be contacted. The trio want the buyback at the 52-week high price of Rs 3,850 per share.

They also want Infosys announcing an ongoing buyback programme to the extent of 40 per cent of the previous year’s net profits on a consistent basis. Infosys shares on Tuesday gained 1.20 percent to close the day at Rs 3,504.25 compared to its previous closing.

When contacted, an Infosys spokesperson said: “The Infosys board and management receive requests on a variety of subjects from shareholders and investors on an on-going basis. “These are addressed by the board and the management in due course. In this particular case, we have received this request only from three retail investors.”