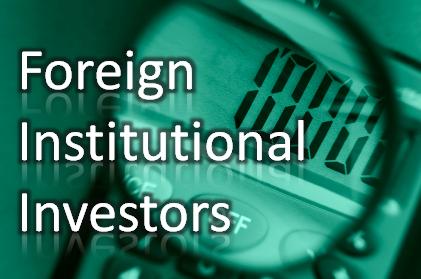 Finance Minister Arun Jaitley said the government will press ahead with Rs 40,000 crore tax demand on FIIs as they lost a case against levy of tax on capital gains they made. Jaitley said if the government did not tax FIIs, India would look like a haven. He further added that the amount involved is Rs 40,000 crore and I can change the face of India’s irrigation with that Rs 40,000 crore. He also mentioned that government has abolished the MAT from April 1, 2015, but the demands pertain to tax related to earlier period and FIIs wanted it to be waived.

India introduced MAT in 1997 as a means of combating tax avoidance among domestic businesses. In its budget in February, the Indian government clarified that no FII would be liable for MAT after April 1, 2015. However, in the biggest-ever tax demand slapped on FIIs, nearly 100 foreign funds were asked to cough up an estimated $5-6 billion for ‘untaxed gains’ made by them in the domestic markets over the past years.

Till March 31, close to 100 FIIs got notices from the Tax Department for MAT of 20 per cent and were followed up with Assessment Orders. Foreign investors have said that the move goes against the government’s stated position of providing a ‘non-adversarial and stable tax regime’