The first full-fledged budget of the Tamil Nadu government for 2011-12 will be presented tomorrow by Finance Minister O Panneerselvam, marking the start of a long and possibly stormy session which could see arch rivals AIADMK and DMK lock horns on issues like Uniform System of School Education (Samacheer Kalvi) and “vendetta politics.” 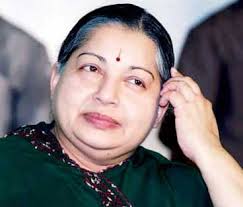 The budget comes after government’s recent move to revise tax rates to mop up revenue, even as Chief Minister Jayalalithaa had been accusing the previous DMK government of landing the state in a”debt trap,”a charge strongly denied by DMK.

The first budget of the AIADMK government is expected to spell out steps to spur revenue generation even as the state is grappling with power cuts. The power crisis had decisively worked against DMK, with the party and its allies failing to win a single seat in the industrial belt of Coimbatore.

Panneerselvam is expected to come out with solutions to manage the situation. In fact, Jayalalithaa had made a demand for 1000 MW from the Central grid with Prime Minister Manmohan Singh during her meeting with him at New Delhi in June.

The session, which will last more than a month, is likely to be stormy. The DMK, though missing out as the main Opposition party and relegated to third spot, is likely to take on the government on Samacheer Kalvi introduced by them,”vendetta politics and “foisting of land grab cases.”

Samacheer Kalvi is entangled in a legal battle with the Supreme Court looking into a case in this regard as the ruling AIADMK had tried to do away with it, citing lack of quality.

DMK members are likely to rally under party Treasurer and former Deputy Chief Minister M K Stalin as it is not clear if wheel-chair bound party president M Karunanidhi will attend the proceedings.

DMK will also miss the services of senior leader and Chepauk MLA J Anbazhagan who has been lodged in prison on land grab charges.