President Barack Obama today voiced concern over Pakistan’s military and intelligence links with extremists, observing the US finds this “troubling.” 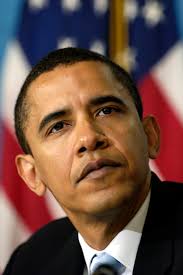 Obama also said that Pakistan should realize that a peaceful approach towards India would be in “everybody’s interests.”

Without naming the Haqqani network with whom Pakistan’s spy agency ISI is suspected to be having links, Obama described the extremists as “unsavoury characters”.

“And there is no doubt that there’s some connections thePakistani military and intelligence services have with certain individuals that we find troubling,” he told a White House news conference.

Obama said Pakistan saw its “security interest threatened by an independent Afghanistan, in part because they think it will ally itself to India and Pakistan still considers India their mortal enemy.”

“Part of what we want to do is actually get Pakistan to realize that a peaceful approach towards India would be in everybody’s interests and would help Pakistan actually develop.”

About the connections that the Pakistani military and intelligence services have with “certain individuals”, Obama said he had mentioned this publicly and said it privately to Pakistani officials as well.”

“I think they have hedged their bets in terms of what Afghanistan would look like and part of hedging their bets is having interactions with some of the unsavory characters who they think might end up regaining power in Afghanistan after coalition forces have left,” he said.

Obama remained non-committal on the question of consequences that Pakistan might face with regard to ISI having links with Haqqani network.

“We will constantly evaluate our relationship with Pakistan based on is overall this helping to protect Americans and our interests,” he said.

The President said the US has tried to persuade Islamabad that it is in their interest to have a stable Pakistan.

“What we’ve tried to persuade Pakistan of is that it is in their interest to have a stable Afghanistan, that they should not be feeling threatened by a stable, independent Afghanistan,” he added.

Obama’s remarks on Pakistan’s links with extremists came in response to a question about the recent statement by Admiral Mike Mullen as the Chairman, Joint Chiefs of Staff, in which he said the Haqqani network is a veritable arm of the ISI.

Elaborating on his remarks that it was in Pakistan’s interest to have a stable Afghanistan, Obama said,” We’ve tried to get conversations between Afghans and Pakistanis going more effectively than they have been in the past.”

He highlighted some of the pressing problems that Pakistan is facing such as poverty, illiteracy, a lack of development and weak civil institutions.

“…one of the biggest problems we have in Pakistan right now is poverty, illiteracy, a lack of development, you know, civil institutions that aren’t strong enough to deliver for the Pakistani people,” he said.

“And in that environment you’ve seen extremism grow, you’ve seen militancy grow, that doesn’t just threaten our efforts in Afghanistan but also threatens the Pakistani government and the Pakistan people, as well. So trying to get that reorientation is something that we’re continuing to work on. It’s not easy,” he added.

“We have a great desire to help the Pakistani people strengthen their own society and their own government. And so, you know, I’d be hesitate to punish, you know, aid for flood victims in Pakistan because of poor decisions by their intelligence services,” Obama said.