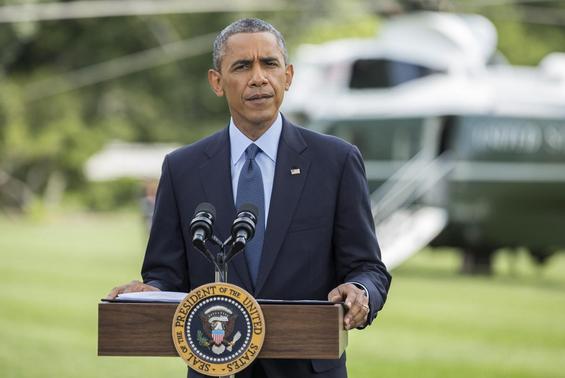 The European Union and the United States on Tuesday announced further sanctions against Russia, targeting its energy, banking and defense sectors in the strongest international action yet over Moscow’s support for rebels in eastern Ukraine.

The measures mark the start of a new phase in the biggest confrontation between Moscow and the West since the Cold War, which worsened dramatically after the downing of Malaysian flight MH17 over rebel-held territory on July 17 by what Western countries say was a Russian-supplied missile.

“If Russia continues on this current path, the costs on Russia will continue to grow,” President Barack Obama said in Washington.

“Russia’s actions in Ukraine and the sanctions that we’ve already imposed have made a weak Russian economy even weaker,” he said.

In Brussels, diplomats said ambassadors from the 28-member European bloc agreed to restrictions on trade of equipment for the oil and defense sectors, and “dual use” technology with both defense and civilian purposes. Russia’s state run banks would be barred from raising funds in European capital markets. The measures would be reviewed in three months.

German Chancellor Angela Merkel, who had been reluctant to step up sanctions before the crash because of her country’s trade links with Russia, said the latest EU measures were “unavoidable”.

Previously Europe had imposed sanctions only on individuals and organizations accused of direct involvement in threatening Ukraine, and had shied away from wider “sectoral sanctions” designed to damage its biggest energy supplier.

The new measures were coordinated with Washington in the hope that Russian President Vladimir Putin will back down from a months-long campaign to seize territory and disrupt Ukraine, whose pro-Moscow leader was toppled in February.