CBI has sought a Delhi Police probe into allegations of coercion and blackmail levelled by former Aircel chief C Sivasankaran against the then Telecom Minister Dayanidhi Maran and his associates to “force” him to sell his stake in the company to a Malayasia-based group. 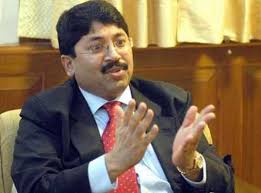 The agency probing alleged irregularities in the spectrum allocation between 2001-07 has recorded the statement of Sivasankaran where he alleged that he was forced to sell his stake in the company, CBI sources said.

He claimed that files started moving in the Telecom Ministry only after he sold his controlling stake to Maxis, considered close to Marans, the sources said.

CBI has suggested that allegations of coercion and blackmail levelled by Sivasankaran should be probed by the Delhi Police, they said.

The agency, which had placed its 71-page fresh status report about the 2G scam before the Supreme Court recently, said that during 2004-07 when Maran was telecom Minister, the promoter C Sivasankaran, was forced to sell the stake in Aircel to Maxis.

Senior Advocate K K Venugopal, who read the status report before a bench of justice G S Singhvi and A K Ganguly, did not take Maran’s name but stated that the Chennai business man was not granted UAS licence for two years.

CBI said that the Malaysian firm was favoured by Maran and was granted licence within six months after taking over the Aircel in December 2006. Maran was the Telecom Minister between February 2004 and May, 2007.

“The gentleman (promoter of Aircel) had been knocking at various doors but was left with no choice but to sell his shares to a Malaysian form,” said  Venugopal, representing CBI, while reading out from the status report.