The government has moved the Supreme Court, seeking recall of the court’s order to form a 13 member Special Investigation Team (SIT) to probe black money cases. In its petition, the government has said that the court has no power to convert the high level panel, which is headed by Union Revenue Secretary, into a SIT 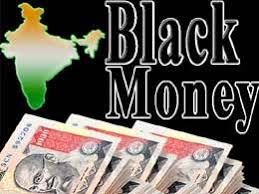 According to the government, the investigation team amounts to the formation of a new institution by the court. It feels that the court’s directions on black money are too wide and general. “Since powers of executive to change legislation are taken away and all powers of Intelligence Bureau, Enforcement Directorate stand abrogated to SIT, the court’s directions can cripple functions of authorities,” the government said in its petition.

The government also has serious objections the way the special investigation team is constituted. It feels that criticism of state is uncalled for and unjustified and the court’s direction will eliminate and denude the constitutional responsibility of the executive. “International treaties are not subject to judicial review,” it said.

The government believes that even ordinary cases will have to be overseen by the investigation team, and that would conflict with the existing policies, which would then have to be reframed.

As far as the black money case is concerned, the Supreme Court should recall the court’s order and modify directions, said the government adding that the SC should pass interim order suspending the current court order.