NEW DELHI: The mammoth business empire of Baba Ramdev , its worth estimated at Rs 1,100 crore, is now under official scanner, informed sources said Tuesday. An aide to the yoga guru called it hogwash. 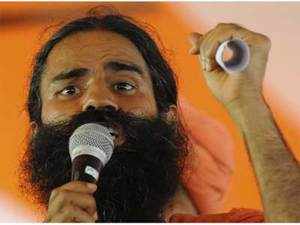 An official told IANS that while there was no specific charge against these businesses, their income tax computation would be done.

In the last five years, Ramdev is said to have built a huge business empire of over 30 companies. His key aide, Acharya Balakrishna , is said to hold the key to most of them.

Besides the income tax department, the Enforcement Directorate will also examine these companies, the sources said.

The companies are affiliated to Ramdev’s Patanjali Yogpeeth and Divya Yog Mandir trusts .

The broadcasting company that owns Aastha TV — a religious channel — is also affiliated to the trusts.

Jaideep Arya, national co-coordinator of the Patanjali Yogapeeth, said the government was simply attempting to divert attention from the issues related to corruption that Ramdev had highlighted.

“It is hogwash. The government is doing such things to divert people’s attention. Now they can lay any blame (on him),” he said.

But official sources say they are serious.

Ramdev also reportedly owns an island off the coast of Scotland , which can become taxable if the proposed direct tax code comes into effect in India.

The latest development comes shortly after Ramdev’s showdown with the government, leading to the police evicting him and his supporters from the heart of Delhi.

Ramdev has demanded death penalty for corrupt politicians and officials and the seizure of black money stashed away abroad by rich Indians.