Anti corruption campaigner Anna Hazare will share space with A Raja and Suresh Kalmadi both accused in the high-profile scams in Tihar jail. 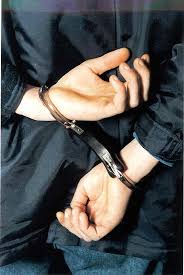 Hazare was sent to judicial custody on Tuesday after he refused to sign a bond which stated that he and his supporters would not violate Section 144. He told the magistrate that he was not ready to sign the bond and was ready to go to jail.

Anna will be with his associates Rajesh, Suresh Pathare and Manish Sisodia in a cell of the prison which houses 2231 inmates.

Former Indian Revenue Services officer Arvind Kejrewal has been lodged in jail number one with former Telecom Minister A Raja and MD of D B Realty Shahid Balwa are lodged.

Navin, Dada Thakare and Pathare were accompanying Kejrewal in the cells of this jail which has 1543 prisoners.

All eight were brought at 4.15 PM and were quietly sent to their cells.