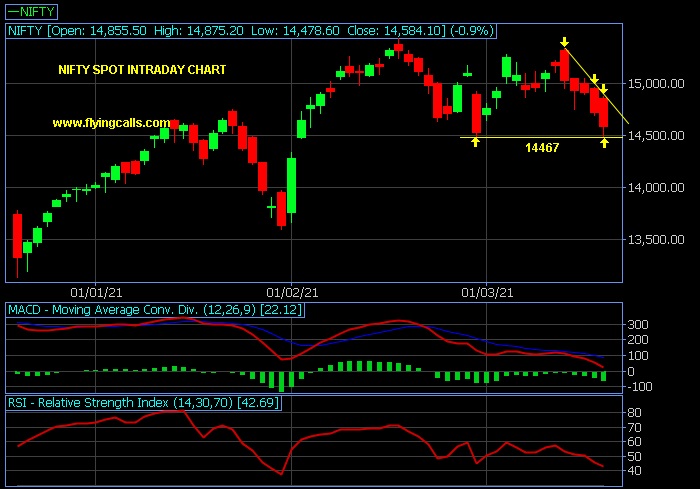 NiftyFuture was opened strong gains on 18 March. But unable to sustained at higher levels.

On US side, Fed chairman Dovish comments on the strong economic bounce back but unable to support to markets

US 10 year yield hitting its highest level in a over a year and bears held the upper hand on March 18, 2021