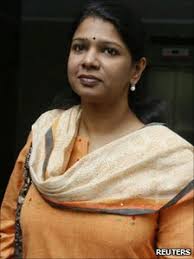 A vacation Bench of Justices B S Chauhan and Swatanter Kumar took up the matter which is listed as Item No. 16.

The Bench issued notice to CBI asking it to file its response on the bail plea of Kanimozhi by next Monday.

The apex court asked CBI to inform it as to what happened to Rs 200 crore allegedly given to Kalaignar TV by Cineyug Films and also asked the probe agency to state the loss incurred by exchequer in granting licences to telecom companies during A Raja’s tenure.

The Delhi High Court had on June 8 rejected Kanimozhi’s bail plea in the 2G spectrum case.

Kanimozhi had in her petition earlier challenged the trial court’s order calling for her to be sent to custody.

She was arrested on May 20 after a special Delhi court dismissed her bail plea.