Chennai: Tamil Nadu Chief Minister Jayalalithaa today demanded the resignation of former Telecom Minister Dayanidhi Maran from the Cabinet for his alleged role in the allocation of 2G spectrum scam. 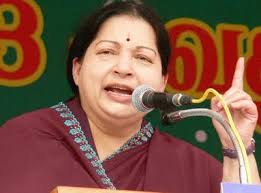 “The PM should ask for Dayanidhi Maran’s resignation from the Cabinet,” said Jayalalithaa.

The provocation came from a cover-story done by news magazine Tehelka which questioned the circumstances in which Maran granted a licence to Aircel in 2007.

The allegation against Dayanidhi Maran is that

Aircel, previously denied a telecom licence for over two years, was finally given one onlywhen its owners changed hands to Malaysia-based Maxis. The charge is that Maran cleared the decks only after a sister company of Maxis invested Rs. 675 crore in the Maran-owned Sun TV, which the BJP calls a conflict of interest.