The Central Government and the Central Bureau of Investigation (CBI) on Tuesday opposed any inquiry against Home Minister P Chidambaram in 2G scam case. 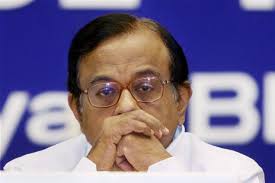 The CBI told Supreme Court that the apex court cannot interfere or direct investigation in a particular manner in the case.

Any question of further investigation or adding more accused in 2G case can only be ordered by trial court, CBI said.

As far as conspiracy by former telecom minister A Raja in the 2G case is concerned, it is over and they have placed the final report, the CBI said.

Janata Party president Subramanian Swamy, who wants Chidambaram to be made an accused in the case, told the court that it was Raja and Chidambaram who decided on the pricing of the spectrum. Chidambaram and Raja held four meeting to discussed prices issue between January and July 2008, Swamy claimed.