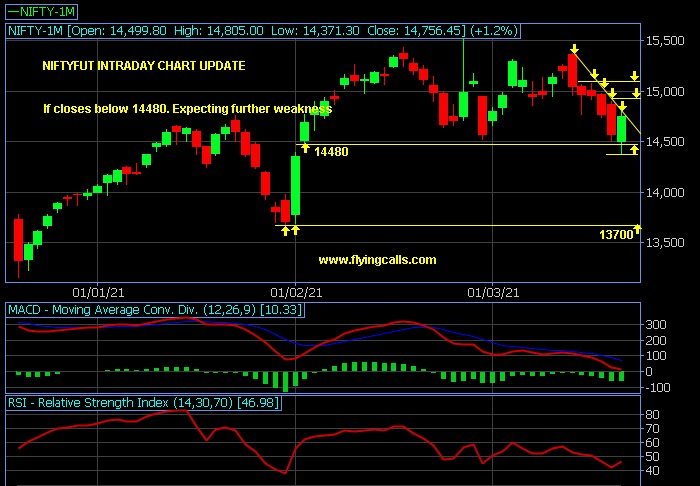 US markets closed with mixed trend on March 19

Asian markets were set to mixed opening on Monday

Idea and Sail  stocks under f&o ban on NSE.

On Friday, NF was broken March month low and made a low was 14371 which was indicated Budget day closing rate around, but unable to sustained below the level and bulls took control NF went to more than 250 points