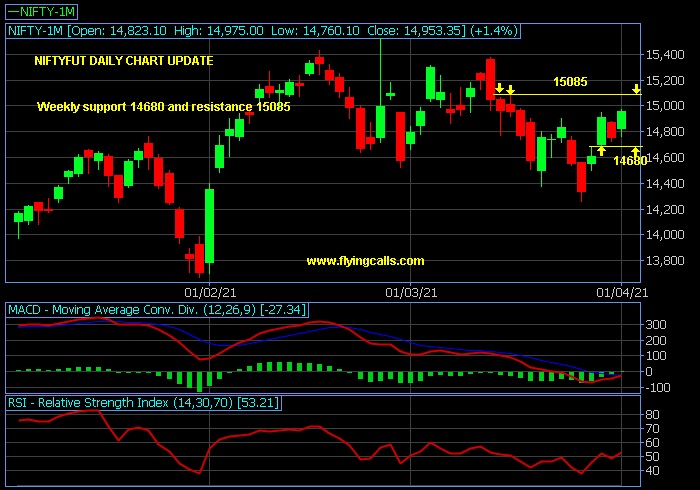 On last week just three sessions was there. On Tuesday, NF was climbed 2.1%, on Wednesday NF was declined 1.1% and Thursday NF spiked 1.4%

SGXNifty indicating a negative opening for the index

Today NiftyFuture is facing a intraday resistance 14975 and 15010

But, stay caution at higher levels!!